I happened to catch what most classic movie fans would call a modern Christmas movie.  Prancer was released in 1989.  Modern is relative, this movie is 21 years old.  Perhaps some younger readers remember it as a classic.

Prancer has quite a good cast.  Sam Elliott (b. 1944) brings his deep voice and gruff character acting to bear as a down-on-his-luck apple farmer.  Cloris Leachman (b. 1926) is the mean old lady who hates kids and loves her plants.  And then there is Elliott's daughter who is about to be sent to live with her aunt because her mother died and her father has too much to worry about...

Well, I guess you can see how this story will end.  I didn't even get to the reindeer!  I didn't have to, it's a Christmas movie.

The daughter is played by newcomer Rebecca Harrell (b. 1980) in her first movie.  It's a big part for an eight year old, and her reviews were very complimentary.  Harrell has only made nine appearances in movies and TV, and is now a producer, mostly of environmental documentaries.

Harrell's friend in the movie is young Ariana Richards (b. 1979) who was already a veteran actress.  Prancer was her seventh role and third movie.  Richards' next movie was Tremors (1990) and then she went on to play Lex in Jurassic Park in 1993 and The Lost World: Jurassic Park (1997) the first sequel, in a much smaller role.  Richards is now a talented painter.  Visit her web site, Gallery Ariana. 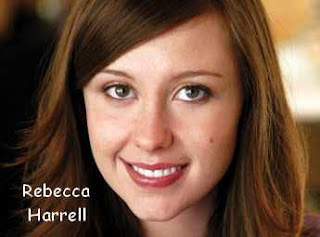 Two other actors in Prancer had smaller roles, but are quite well known.  Abe Vigoda (b. 1921) has 92 titles on IMDb.  At almost 90 years old, he is still working.

Prancer may not be a blockbuster, but it is a well made, family movie that some call a classic.  The performance by Rebecca Harrell is excellent, and it is easy to see why she was cast.  Somehow I doubt that she did much acting in Prancer, it just came naturally.

Oh, by the way, the title role was played by a reindeer named Boo.
Posted by Bit Part Blogger