I was born in 1950, so I thought it would be good to check out which great movies were released that year.  I know you can look up the movies by year in IMDb, but I wasn't certain exactly how.

In IMDb each movie title has the year of release, and that number is a link to the movies made that year.  All I had to do was find a 1950 movie and click on the year link.  Henry Fonda was a big star in the middle of the last century, so I entered his name.  A scroll down his filmography to 1950 and...he had no releases that year!

I did eventually figure it out, and the list is impressive.  I was born in a great movie year!  1950 was a year of change, not only in the movies, but in America.  The war was over for five years, and all the new families were booming babies.  The suburbs were a new phenomenon, created by William Levitt and his Levittowns.

My family moved from Philadelphia to the suburbs in 1953.  We have 16mm silent home movies that my grandfather shot.  As a child, I still remember the new neighborhood with no trees.  As I grew up, so did the flora.  My wife and I were just talking about how, during the summer, we would wait for the Good Humor ice cream truck to come by.  Of course, I didn't know her then.  We both miss the old experiences.

Back to the movies. IMDb lists 1,667 titles for the year 1950, and some of them are television.  If you list the movies by box office gross, Cinderella was the big winner at $34.1M.  There is no denying that it was a great movie, carrying on the Disney tradition of excellent animation, all hand drawn.

My guess is that the rest are less than accurate on the box office take.  Annie Get Your Gun, starring Betty Hutton (1921 - 2007) was next at $8M.  I'll stick with the 1934 Barbara Stanwick version, but Hutton's did receive a better rating from IMDb viewers. 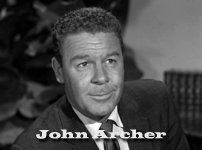 Fancy Pants with Bob Hope came in with $2.6M, and All About Eve starring Bette Davis shows only $10,200 at the box office?  That can't be correct.  Keep in mind that these numbers probably came from posters, such as myself.  I doubt that IMDb has any way to check everything that is posted, nor should they be responsible for inaccuracies.

Re-sorting by the IMDb Moviemeter brings up some choice 1950 movies.  Sunset Blvd. is the #1 rated film on IMDb for that year.  "I'm ready for my closeup, Mr. DeMille."  Probably the most famous Gloria Swanson line ever spake.

Father of the Bride with Spencer Tracey and Liz Taylor is a perennial favorite, as are The Asphalt Jungle, Treasure Island (the Disney release), Rio Grande (John Wayne and John Ford, together again), Cheaper by the Dozen with Clifton Webb and Myrna Loy, Winchester '73 my favorite James Stewart western, Stage Fright with Marlene Dietrich and Alfred Hitchcock, Born Yesterday a great Judy Holliday flick, and The Gunfighter with Gregory Peck.  I have written about many of these films and their stars and Bit Actors.