Labor Day weekend is upon us.  I am not sure where I'll be or what we will be doing for the next few days, so here I am, writing.  I found a new, free music service on the Internet called Spotify.  It has a few ads, but it isn't very intrusive.  What I like is the ability to search and easily create playlists that are saved in the cloud.  You can then retrieve the same playlists on any computer.

Music is integral to movies, and could be considered a Bit Actor of sorts (I guess).  Well, maybe that's stretching it a bit, but this is my blog and one song has grabbed my attention.

I heard the Bob Dylan song "Don't Think Twice, It's All Right" and wondered how many versions are available by different artists.  I counted over 65 different recordings, but they didn't have one on Spotify by Dylan, who wrote the words.  I heard quite a few who tried to sound like him, though. 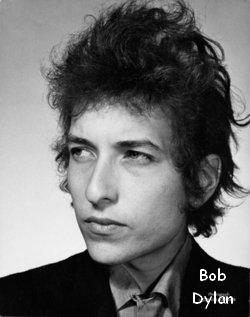 The song came to my attention years ago because I used to listen to Peter, Paul and Mary a lot.  I met all three of them several times.  Nice folks.  They had a big hit with the song, which went to #9 on the charts.

Some of the versions I heard today (I have been listening to the same song for over three hours) are truly terrible.  Many are by folk singers and they tend to all sound the same.  Elvis Presley recorded it.  I am currently listening to it sung by Shinji Tonomura in Japanese (I think).

If you try this, watch out for karaoke versions.  It seems the same version is released on multiple karaoke albums, so they all sound exactly the same.  Feel free to sing along.

The absolute best version out there is by The Wonder Who.  As a joke, Frankie Valli and The Four Seasons did a rock'n'roll version of DTT,IAR in 1965, but they didn't use their real name.  It was such a hit that it reached #12 on the charts!

Let's look at the history.  Bob Dylan (b. 1941) wrote it down in 1962 and released it in 1963.  The melody was taught to him by (or stolen from) a folksinger named Paul Clayton (1931 - 1967) who was popular in the Greenwich Village scene.  Clayton called the song, "Who's Gonna Buy You Ribbons When I'm Gone?"  Dylan and Clayton both had recording contracts and their record companies fought out lawsuits over the song, but the two artists remained friends.

The melody is actually from an older folk song called, "Who's Gonna Buy You Chickens When I'm Gone?" and that one is in the public domain.  I love that title!


As far as the movie connection, so I can stay somewhat on topic...  According to Wikipedia, the song was used in Pat Garrett and Billy the Kid (1973).  Then Bob Dylan made a four hour long movie called Renaldo and Clara (1978).  It was used in other Dylan films, Hearts of Fire (1987) and Masked and Anonymous (2003).  In 2007 it is in I'm Not There, a bio/musical with Dylan influence.  Plus you will hear it in countless documentaries about Dylan and the era that brought music of the same genre.

Bob Dylan had numerous other songs recorded for soundtrack use, and he appears in six movies and a TV movie.  He is heard on well over 300 soundtracks.

There was also a movie released in 1999 called Don't Think Twice, that has nothing to do with the song or Dylan.

I am approaching six hours of listening to the same song.  They are playing in artist first name order.  I'm still waiting for the Ts to play so I can hear The Four Seasons version.  I'm up to Steel Train, whoever that is.  It must be like a movie marathon...I'm not tired of hearing it!

Have a great holiday weekend!
Posted by Bit Part Blogger