I watched a biography of Dolly Parton on TV last night.  She has always been one of my wife's favorites, and I certainly respect her abilities and her personal convictions.  She appears to be genuine, and truly appreciates and is thankful for her fame.  Great qualities for a performer to have, and she should be a role model for others.

She has been involved in hundreds of movies and TV shows, mostly on the soundtrack.  She appears in ten films, and is making another for a 2011 release.  Her first film was Nine to Five in 1980, also starring Lily Tomlin, Jane Fonda and Dabney Coleman.

There was a wonderful bit actor in Nine to Five named Henry Jones. Jones was born in Philadelphia in 1912.  He acted in the theater and made his first film in 1943, This is the Army, a George Murphy film with Ronald Reagan.

By 1950, TV was looking for actors to play in the teleplays that were popular at the time.  Shows with names like, "The Ford Theater Hour," "Armstrong Circle Theater," "Schlitz Playhouse," "Lux Video Theater" and "The Revlon Mirror Theater" all beckoned, and Henry answered.

Henry appeared to be a favorite of Alfred Hitchcock and he appeared on his show many times in the 1950s and 1960s, plus he was in the movie Vertigo in 1958. 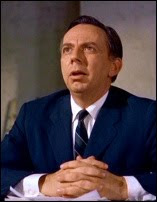 In 1969 he was in a pair of westerns that were quite different.  First was Support Your Local Sheriff! starring James Garner, a comedy that I particularly like.  Henry played a town council member.  Then, he shows up as a bicycle salesman in Butch Cassidy and the Sundance Kid, starring Paul Newman and Robert Redford.  Butch was a new type of western at the time.  Not a simple story about white hats chasing black hats.  It is also a movie I like very much.

James Garner made Support Your Local Gunfighter in 1971, which also included Henry Jones.  It wasn't a sequel to Local Sheriff, but it utilized most of the same cast.  It also wasn't as good.

Henry had a great voice for a character actor, with a twang that he could manipulate into almost any kind of accent.  He continued playing on TV and making movies, through Nine to Five in 1980, and his last film on the big screen was The Grifters in 1990 starring Anjelica Huston and John Cusack, two more favorites of mine.  (I warned you before...I have a lot of favorites!)

He made seven more TV appearances until 1995, and has a total list on IMDb of 197 roles in 52 years.  Henry Jones brought a lot to TV and the movies, and I will remember his contributions fondly.
Posted by Bit Part Blogger