I had never seen Glory (1989) until this week when it arrived from Netflix.  Over the past five years or so my wife and I have been studying the Civil War, even to the point of having our honeymoon in Gettysburg.  (BTW, it is a great place to visit.)

Glory won three Oscars, one by Denzel Washington (b. 1954) for Best Supporting Actor, an award he truly deserved.  He is an outstanding actor and one of my favorites since he came to my attention as a doctor in "St. Elsewhere."

This is a powerful movie, but I can't help think it would have been even better with a stronger lead actor.

Matthew Broderick (b. 1962), in my opinion, has not overcome his youthful presence and just did not look or act the part of a Union Colonel, even a young one.  Broderick was actually a year older than Col. Robert Gould Shaw, the man he portrayed in Glory.  For an actor who could have carried this role, I would look to Brad Pitt or William Baldwin, who are both a year younger than Broderick.

John Finn (b. 1952) was the tough sergeant who appeared cruel at first, but you realize he was only doing his job to get the troops ready for battle.  Finn has a good career going with 80 roles so far on IMDb in film and on TV.  Look for him in The Pope of Greenwich Village (1984), Carlito's Way and The Pelican Brief in 1993, and Catch Me if You Can (2002).  He is currently playing a lead role in "Cold Case" on television. 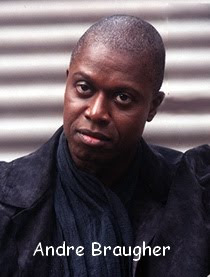 Andre Braugher (b. 1962) played a well educated free man from Boston who enlisted in the Fifty-Fourth Regiment.  He brought with him a refinement that needed to be tempered so he could be effective in battle.  I imagine that was a difficult role to play, and he did it well.

Glory is a good movie.  I think I enjoyed Gettysburg (1993) a bit more, but they are each only small pieces of a terrible but important war in American history.  I may write to Ken Burns and ask him to search all the Civil War movies that are considered historically accurate, and re-edit them into a comprehensive film record of the era.
Posted by Bit Part Blogger