I was thinking about Pert Kelton over the weekend.  I have no idea why.  I guess her name is so distinctive, it just came to mind.

She stopped making movies in 1939 and didn't start again until 1962.  Starting in 1951 she found some roles on TV.  She was the original Alice Kramden in "The Honeymooners" when it was still a skit on Jackie Gleason's show, "Cavalcade of Stars."  She was passed over to bring that role to the series, apparently because she was blacklisted. 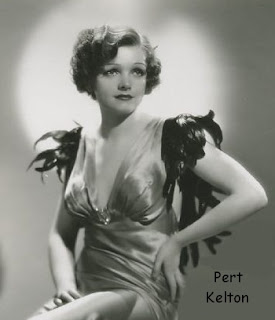 Her most famous role was as Mrs. Paroo in The Music Man (1962).  She played that part on Broadway starting in 1957, and then brought it to the screen.  My guess is that being born in Great Falls, Montana helped her acquire her Irish brogue.  ;-)

Pert Kelton...a great name for a great actress.  She was a good looker in the early days!
Posted by Bit Part Blogger