I haven't seen The Right Stuff (1983) in quite a few years.  That is about all I can take of a movie that is over three hours long.  Any movie that long will be dragging in parts, The Right Stuff is no exception.  It did win four Oscars though.

The story is a good one and the cast is great.  It has lots of detail and lots of history, and it tells what it must have been like for fearless test pilots being recruited for a truly dangerous assignment.  And this is not fiction.

All of the stars of The Right Stuff were up-and-coming stars at the time and most have gone on to successful careers.  So let's look at some of the less than top names in the cast. 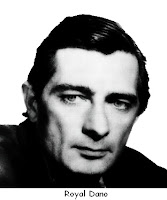 Bit Actor Harry Shearer (b. 1943) and big star Jeff Goldblum (b. 1952) both appear as recruiters in small roles in this film.  Shearer has 127 roles to his credit and is the voice of Ned Flanders on "The Simpsons."

An actor named Robert Beer played Dwight D. Eisenhower, a role he played in two other movies...actually, in every movie he has been in.  But casting presidents is not limited to newcomers.  Donald Moffat (b. 1930) was cast as Lyndon B. Johnson.  Moffat has 116 roles on IMDb starting in 1956.

The wives of the pilots were also cast well.  Barbara Hershey (b. 1948), cast as Chuck Yeager's wife Glennis, is a perennial favorite.  BTW, the Bell X-1 aircraft that Yeager flew faster than the speed of sound was named for his wife, Glamorous Glennis.  It can be seen at the National Air and Space Museum.

Finally, look for the real Chuck Yeager (b. 1923) as the bartender.  I bet he was handy to have around so the filmmakers could pick his brain.

I was able to catch The Right Stuff and it is sitting in my DVR.  I may have to break it up to two evenings, but it is time to watch it again.
Posted by Bit Part Blogger