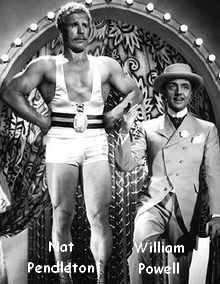 If you are new to classic films, this one is certainly worth viewing.  You can also catch the incredible staging of the song, A Pretty Girl in That's Entertainment (1974).  Could Ziggy have really done that on a theater stage???
Posted by Bit Part Blogger 3 comments:

I remember from my youth that Wyatt Earp was "brave, courageous and bold."  Last weekend I caught Wyatt Earp on television.  This was the 1994 movie starring Kevin Costner (b. 1955).

I think that this may be the most accurate portrayal of the real Earp, but you have to keep in mind that Earp's real history is very cloudy and many details will never be known.  In both of the recent movies, Wyatt Earp and Tombstone (1993), Morgan Earp dies on a pool table.  In reality he died on a couch where they put him after he was shot.  Also, Josie Marcus, who lived with Wyatt for the rest of his life, was not really that beautiful.  All the actresses chosen to portray her are very definitely beautiful.  And in this movie, Wyatt burns the house where he lived with his first wife, when in reality he sold it for $75.00.  Are the details really necessary?  Take a look at the 'Goofs' link on IMDb for more.

The USA extended version of this film is 212 minutes in duration.  I had the pleasure of watching it on commercial television for over four hours.  Did I say pleasure?  It gave me time to walk the dog and do other chores, since the commercial breaks were close to ten minutes long.

Enough complaining!  This movie had a wonderful cast.  As I may have said before, Costner is best in sports movies, but he also does well in westerns.  All of the major characters are also played by stars including Gene Hackman, Bill Pullman, JoBeth Williams, Tom Sizemore, Mark Harmon, etc.

The real color in this movie comes from the Bit Parts.  Since the cast is so large, let's look at just a few.  Norman Howell played Johnny Ringo.  This was a small part in Wyatt Earp.  In Tombstone, Ringo is much more prominent.  In reality, I don't know how well either of these movies did, but I know that Ringo didn't die at the hands of Earp (as in Wyatt Earp) or Doc Holliday (as in Tombstone).

Norman Howell is a stunt man.  He is in over 200 movies, but only has acting credits in 20.  I think it was a smart move to cast stunt artists in some of the parts.  His first acting role was in The Cowboys (1972) starring John Wayne. 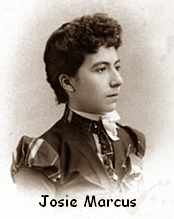 Indian Charlie, who is killed by Earp in a creek during the revenge scene, was played by Scotty Augare.  Augare is only in two movies and one TV series, but he was a wrangler for Dances with Wolves (1990) and I bet that is when he came to the attention of Costner.  He is a very handsome man, obviously of Native American lineage.

Ben Zeller played one of the doctors.  If you look closely, you'll find that Zeller was construction coordinator for Dances with Wolves, and was in the cast of Silverado (1985).  Another Costner find?

Did you see Tea Leone (b. 1966)?  She is a dance hall girl in a very small speaking part, only her third movie.  I missed her completely in A League of Their Own (1992), a fact I just noticed while doing this research.

Lastly, at the end of the movie we see young Mackenzie Astin (b. 1973) on the ship in Alaska with Wyatt and Josie.  Astin had the lead role in Iron Will, released the same year as Wyatt Earp.  I liked him in both movies.  He is the son of Patty Duke and John Astin, and now has 46 titles listed on IMDb.

I won't recommend that you put together a list of movies about Wyatt Earp to watch when you are snowed in for a weekend, but that's up to you.  All I know is, "Long may his story be told."
Posted by Bit Part Blogger 2 comments: