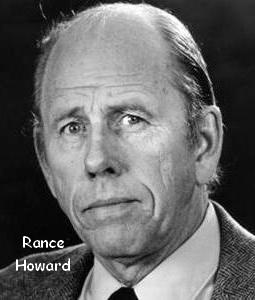 Rance's first movie was Frontier Woman (1956) about Polly Crockett, daughter of Davy Crockett. Not a movie to rush out and buy. He makes a few appearances on television and then has an uncredited role in The Music Man (1962). More television work followed, including a few appearances on "The Andy Griffith Show" which is good for any career. Then he makes a truly terrible movie, Village of the Giants (1965) starring Tommy Kirk (b. 1941) and Johnny Crawford (b. 1946).


1967 was a good year for Rance. He appeared in Cool Hand Luke (uncredited), but he also had a role in Gentle Giant starring Dennis Weaver and Clint Howard. It was the story of a huge bear and a little boy, which would be the inspiration for "Gentle Ben" on TV. That series starred Weaver and Clint, and Rance had a recurring role.

Rance has a few roles on "Rod Serling's Night Gallery," "Bonanza," "Kung Fu," "Gunsmoke," and the like, and a small role in Chinatown (1974) with Jack Nicholson. In that same period he appears a few times on "The Waltons" as Dr. McIvers. In 1976 and 1977 he makes a brace of car movies, Eat My Dust and Grand Theft Auto.

Many "Star Trek" fans will recognize him as Balok from a 1966 (1st year) episode called "The Corbomite Maneuver." He was 7 at the time and had his voice dubbed. After Gentle Giant and "Gentle Ben" he continued on many TV shows until his next series, "The Cowboys" based on the 1972 John Wayne film by the same name.

Clint appeared with dad in Eat My Dust and Grand Theft Auto. As he got older, he gravitated toward parts in horror films. Well, somebody has to make them. 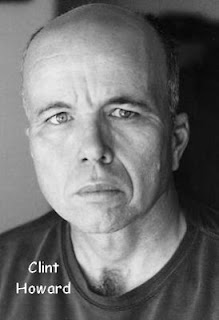 In 1995 he stars in a comedy/horror film Ice Cream Man, and has roles in a rom/com Forget Paris with Billy Crystal and Debra Winger, a gangster film Dillinger and Capone with Martin Sheen, a Tom Hanks drama Apollo 13, and a thriller called Twisted Love that nobody remembers. In 1998 he has a small role in the Paul Newman film Twilight, and in 2002 he plays Whobris in How The Grinch Stole Christmas. Quite a varied career.

There is quite a bit more work to see from Clint and Rance. Clint has only won a single award so far, for Lifetime Achievement at the MTV Movie Awards. Rance also won a Lifetime Achievement Award from the Asheville Film Festival in 2004, and was nominated for one Emmy Award in 1982. And that's it.

Oh, and one more fact about this family. Super celebrity director/actor Ron Howard (b. 1954) is Rance's other son and Clint's older brother. That would make an acting career with what amounts to very little recognition, a little easier to handle. Don't they all look alike? 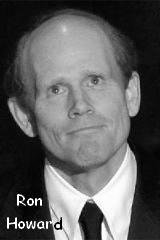