As I was strolling through IMDb, I started thinking about What Women Want (2000), starring Helen Hunt (b. 1963) and Mel Gibson (b. 1956).  It was not a bad movie.  There are a couple of Bit Actresses in it that should be mentioned here.

Ashley Johnson (b. 1983) played the teenage daughter of Nick Marshall (Gibson).  As a father, I would NOT have wanted to know what my daughter was thinking when she was a teenager, so I give Marshall credit for handling the situation so well.

Following that she has a headlining part in "Growing Pains" with Alan Thicke (b. 1947).  Several more TV series' in regular parts, plus a few guest spots, and we see her in the Hugh Grant rom-com, Nine Months (1995).  Keep in mind, she is now only 12.

Ashley also has a flexible voice so it was natural for her to do voice-overs and even video game parts.  She continues to score TV shows and movies, although most of her work doesn't fit into the genres I tend to watch.  Her last film to date, was last year's Alleged, which is a romantic drama based around the Scopes Monkey Trial of 1925.  I may look for that one, if only for the rest of the cast, including Colm Meaney, Brian Dennehy and Fred Thompson.  My guess is that these stars all have Bit Parts in it.

Next is Judy Greer (b. 1975).  Judy played Erin, the office worker with self-esteem problems.  Judy doesn't seem to have the same problem as her character, since she also has 78 titles listed on IMDb.

Her first few roles were nothing to write home about, but then she got a better part in Three Kings (1999) and had a good scene with George Clooney.  What girl wouldn't want that?

Many more TV and movie roles continue to come up for Judy.  She gets to work with many stars and future stars.  She always seems to play the 'best friend' and I guess that's why she is a popular Bit Actress.  You don't need to be a star, just be talented.
Posted by Bit Part Blogger No comments:

A big "thumbs down" for this one.  The Eiger Sanction (1975) was a Clint Eastwood disaster.  It seems that Clint was trying to come up with some kind of a James Bond movie, and it turned out more like a cartoon.  This may have been his first time directing an action film.

The Eiger is a mountain in Switzerland.  Eastwood plays Dr. Hemlock, a college art professor and collector, and is a former C2 assassin, hired for one or two more jobs.  Of course, that money will help him buy more black market art, that he obviously can't show to anyone.

The good - Most of the outside shots are beautiful, and the mountain climbing cinematography is excellent.  Eastwood did most of his own stunts.  The music of John Williams is always great. 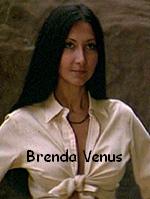 The rest of the cast though was pretty ho-hum, even George Kennedy whom I usually like.  The other three climbers at the conclusion of the film did come across as believable, and had more complex personalities than the rest of this film should have allowed.

But even the climbing action wasn't enough to save this film.  If Eastwood had simplified the movie by removing the gimmicks, and allowed the story to take over, it would have been a much better film.

It is worth seeing, from an academic standpoint, but it is not worth owning unless of course, you are also a mountain climber.  The film crew were the last to climb the Totem Pole in Monument Valley, and those shots are also great.  But I would suggest reading the book.
Posted by Bit Part Blogger 2 comments: