Somewhere, back in the dark corners of my mind, I remember watching the 1962 television series "I'm Dickens, He's Fenster" starring John Astin (b. 1930) and Marty Ingels (b. 1936). There are no details in my memory, though. So let's look at the stars of the show. 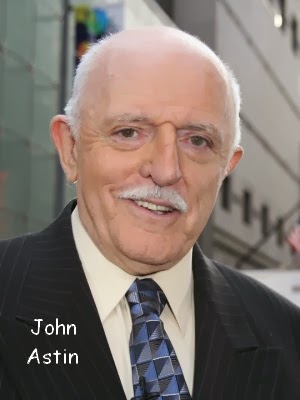 Astin's first film was an independent called The Pusher (1960), starring Robert Lansing (1928 - 1994). The next year he has a small, uncredited part in West Side Story and he gets some notice. He appears in many TV shows in the 1960s, and finally land "I'm Dickens, He's Fenster" in 1962. Astin played Harry Dickens (the married one). For a short run series, they attracted some real talent. Frank De Vol (1911 - 1999) the famous composer and conductor played Mr. Bannister, the boss. You can also find Sally Kellerman, Ellen Burstyn, Harvey Korman, Lee Meriwether, Peter Lupus, and Jim Nabors in various episodes.

"The Addams Family" ran from 1964 to 1966, and after that, John Astin was instantly recognized on large and small screens everywhere. As a teenager I would watch TAF with my best friend every week. We always had a bag of M&Ms and a bottle of coke. Astin was now famous, so let's move on.

Marty Ingels played Arch Fenster (a ladies man with a little black book), and he has about half the listings of Astin on IMDb. I would put Ingels squarely in the middle of Bit Actordom. Famous enough to not be considered an extra, but not really a big star like his wife, Shirley Jones (b. 1934).

Ingels started off in 1958 on "The Phil Silvers Show." Television was his calling, but he was in a number of movies. Early on, he appeared a few times on Jackie Cooper's "Hennesey" and played Rob Petrie's Army buddy on "The Dick Van Dyke Show" before Dickens and Fenster.

Ingels managed to appear once on "The Addams Family" near the end of its run. Later in that decade he was a regular on "The Phyllis Diller Show." His movies in this time were not great, but not terrible either. Look for him in Wild and Wonderful (1964) with Tony Curtis, The Busy Body (1967) with Sid Caesar, A Guide for the Married Man (1967) with Walter Matthau, and If It's Tuesday, This Must be Belgium (1969) with Suzanne Pleshette. 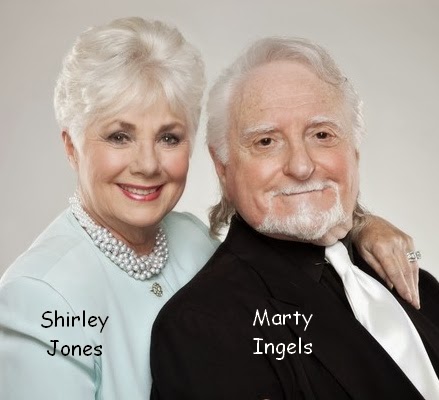 The 1970s were not as kind to Marty, until he married Jones. His movies for that decade include How to Seduce a Woman (1974) starring Angus Duncan (1936 - 2007) and Linda Lovelace for President (1975). No more need be said about those films. At least he had television.

After his marriage, he worked more as an agent than an actor. But he was also in great demand for his voice-over work for cartoons and advertisements. He keeps his hand in as an actor in the occasional Shirley Jones film, and as a guest on TV. His last appearance was on "New Girl" just last year, and he is working on movies for 2015 release.

John Astin was married to Patty Duke, and Marty Ingels to Shirley Jones. And both had successful careers, and can still be seen working. Not bad!