First, a word from my grandson. Cayden has Cystic Fibrosis. He also plays little league baseball like any other kid. He spends some time at Children's Hospital of Philadelphia to stay as healthy as he can, but when his lungs flare up from a simple cold he has a lot of trouble breathing.
Since I started my blog, some Great Strides have been made in the fight to cure CF. There is now a vaccine for one of the strains of the disease, but not yet for the one Cayden has. 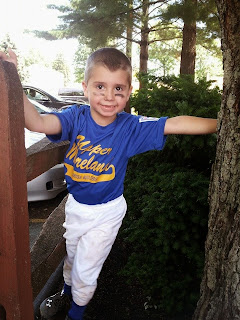 Please take a minute to click on the link and make a small donation. We are very close to hitting the goal for the Walk A Thon in a few weeks. On the page, go down to find my name near the bottom (Allen Hefner) and click on the "Donate" button. Ten bucks will help...more is even better. Cayden and I thank you in advance.

Now back to the Bit Actors. Since I have been writing, I noticed a big mistake since I have neglected one of my favorite Bit Actors, Vito Scotti (1918 - 1996). I can't count the number of times I have called out his name while watching a movie or a TV show. IMDb lists 227 titles from 1949 to 1995, but it seems like more.

Vito was a true character actor. He was born in California but spent his youth in Naples, Italy. He was able to use his accent, but also to twist it into other accents so he could play almost any nationality and you would believe it.


He started out as an extra, but he was in movies with the likes of Howard Duff, Burt Lancaster and Barbara Stanwyck. As I looked through the films in the early 1950s that Vito worked on, I gained an appreciation for how many films there are, and how many I have yet to see. I am sure they aren't all great, but most of them can certainly provide good entertainment...if you can find them.

In the last half of the 1950s he is in several episodes of "Mike Hammer" as well as some "The Millionaire" stories. He never gets the money, but he is in the shows.

Vito becomes very busy in television, probably because he can change his appearance and voice so well that he can appear multiple times on the same series and pull it off. Especially westerns. They may need an Italian (no problem), then a Mexican or Native American, which was also easy.

By 1960, Vito was in the groove. I noticed that he played a Maitre D' in Where the Boys Are (1960). I can imagine he stole that scene from all of the young stars of that film.

During that decade, he was a perfect fit for "The Twilight Zone" and "The Addams Family." Quirky parts, like Sam Picasso advising Morticia Addams on sculpture. Yes, I loved "The Addams Family," especially Morticia. (I was a teenager...what can I say?)

It appears that Vito was the most frequent guest star on "Gilligan's Island." I wonder why he never told the Coast Guard where to find the castaways?

And of course, "Walt Disney's Wonderful World of Color."


Between television work, Vito continued to make movies. Lots of them. Not all great, but many were enjoyable. You have to decide.

I bet that list brought back some memories. I hope good ones.

Certainly The Godfather was the biggest film Vito was in, but he was just a small part in that epic with lots of other Italians. I am not going to chance a guess on what was his BEST role.


I hope you will enjoy seeing Vito Scotti in an old film or TV show in the near future. You must agree that Vito is a Bit Actor worthy of consideration. He did everything he could to keep his character from getting lost, while never trying to be the big star.